Evening Blogeratti.  Sitting with a couple cold ones after day one of our three day move.  Today was all boxes (and up and down stairs,) tomorrow is the big stuff and Wednesday is getting rid of everything that is left over (like our old, battered couch.)  Annoyingly, we'll be moving again in June, so we'll be living amongst the boxes for the next few weeks.

As you can probably imagine, gaming time has been at an absolute minimum over the last couple weeks.  The notable exceptions were three games of X-Wing, the third of which I won!!!  Woot! That's the first game I've won in over twelve attempts.  It snuck up on me, but I think I'm getting better at the spacial awareness you need to plan your moves.  I have some photos so I might get a summary or two up.

In the evenings lately, I've been on a bit of a reading (and listening) kick and ploughed through a fair few books.  A few of my Two Minute Reviews should appear in the next couple weeks.

No gaming planned this week, but next week I've a game of 5150 Fighter Command by THW lined up.  I have the Star Navy rules, but have yet to try them; hearing nothing but good things about the new rules, so really looking forward to seeing how it plays.

Anyway, thanks to everyone for checking out the blog despite the dearth of content recently; although it's my Sophie Howard boobs post that still draws the most attention.  Until next time...
Posted by Vladdd309 at 20:52 3 comments:

Email ThisBlogThis!Share to TwitterShare to FacebookShare to Pinterest
Labels: Rambling

Today I performed the mammoth task of packing away the man corner in preparation for moving house.  Whew.  A hell of a job.  As we'll probably move house again before the year is out, I've separated my hobby essentials and a handful of projects (well, seven) into a sort of portable kit to take with me.  Kudos to BigLee for the idea. 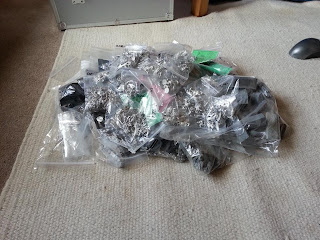 The biggest surprise of the day was just how many miniatures I had tucked away.  The pic above is just loose figures i.e. everything that still isn't in a box or package.  Wow, no idea I had so much stuff!  There's a fleet of spaceships from GZG in there, USMC and Taliban figures from Elheim, 15mm Samurai from Musketeer and dozens of others I can't even identify. 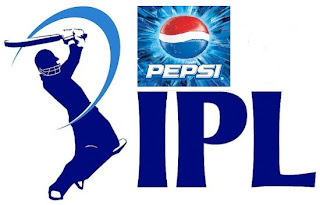 A couple of non-gaming posts coming up, mainly because gaming and painting time is getting pretty squeezed by all the packing for moving home.

One of the year's big time thiefs arrived a few days ago, namely the Indian Premier League.  Now I know that I've instantly turned off a load of people reading by mentioning cricket, but the IPL is one of the highlights on my sport (watching) calender.

In my humble opinion, the IPL is almost the perfect TV sport.  Lots of action (and its not all batting, despite what many people say) and tension, exactly what you want.  The coverage also makes a refreshing change from other sports, in particular the commentators remotely interview players and umpires whilst they are still playing, and the video replay/analysis is usually excellent.

I've just finished watching my adoptive team, Kings Eleven Punjab, put a terrible Pune Warriors side to the sword, but its only another hour until the next match.  The Kings XI are a bit of a Dads Army team (the captain Adam Gilchrist is 41) and it always makes me feel better seeing people older than me still playing professional sport (dreading the day I see the first footballer younger than me retire!)

Being a cricket fan in Scotland, cricket is presented to me in a very England-centric way (not a complaint mind you,) but the IPL gives a glimpse of the wider world of cricket; aussies, kiwis, saffers and, er, windiers(?) are all present.  In fact, the only cricket nations you won't see much of are England (who haven't adjusted to the IPL yet) and Pakistan (politics.)  There are another five weeks of games, at least one per day for the next four weeks.  If you've a free afternoon or evening, you could do a lot worse than sit through a match. 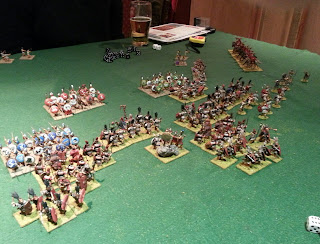 Not played WAB in a couple years, don't remember the Romans being this crap!

Not that gaming has completely ground to halt.  I sat in on a game of WAB at the club last week, Syracuse against Republican Rome.  Despite an impressive number of legionnaires on the table, in proper manipular formation too, they didn't make much of an impact once they eventually got into melee with the Phalanx.  Great fun and a real blast from the past, although, I'd forgotten most of the rules; I was chided early on in the game for pre-measuring!  Thanks to Sholto and Carlos for providing the armies and Adam for whining a lot. 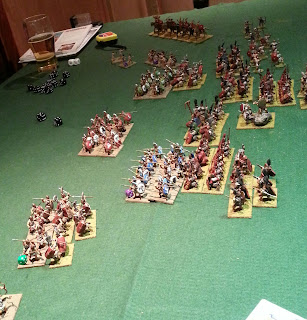 Lastly, the last of my eBay auctions go live tonight and tomorrow.  Mainly Warhammer 40K stuff (seriously, why do I still have this, haven't played in years,) but some rulebooks and some bits and pieces too.
Posted by Vladdd309 at 16:33 2 comments: